EU Referendum – The Shambles (and the Lessons from It)

Board Wars
Business Has Its Ups and Downs 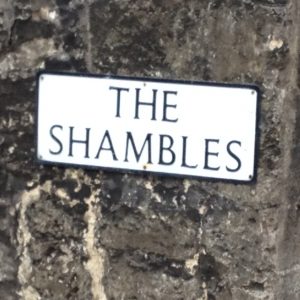 So, the decision is made.

A referendum, result and reactions which spell one word. Shambles.

If viewed from any angle it’s been a complete mess from the beginning.

The divisive debacle reveals some telling insights about market, customer service and the marketing message.

If the EU were a retailer it would make me think of Woolworth or BHS. One refused to move with the times. The other was badly run.

The principles behind creating a unified Europe – after the Second World War – were noble and sound. Setting up an economic ‘community (the original EEC) made sense, too.

And, to a large degree, the product on offer worked.

Over time, the EU has added more and more ‘products’ and yet told its ‘customers’ they can only have these products in return for agreeing to certain conditions.

It’s a bit like saying you can have a white loaf, a sliced bread, a wholemeal bread as usual. But if you want sourdough you must buy it and then agree to do a couple of jobs for me. Exactly as I say.

A number of customers wanted the sourdough. They were happy to pay a bit extra for it. But what they didn’t want to do was the extra jobs.

The EU kept up with this practice. It knew it made pretty good sourdough. And customers, however grumbling, always seemed to pay up and follow up on the ‘do as we say’ tasks, too. Those that did not comply or ‘play the game’ were simply punished and publicly humiliated. Customers like Greece.

The EU never imagined that one of its biggest customers would one day want to stop buying the sourdough. When the UK said it wanted to check with its people whether they still wanted the sourdough, the EU did not bat an eyelid.

They assumed nothing would change. The sourdough was far too good for someone not to buy – even  a customer who grumbled routinely about the price, size or value of the product.

Maybe they thought a rival competitor, Brexit, was simply too loud and brash to appeal to one of its most regular and loyal customers.

Lesson 1: Always keep an eye on your market

Lesson 2: Always keep an eye on your competition

Lesson 3: Keep listening to your customers and what they are telling you.

Let’s continue with the story…

Back in the UK, a major affiliate of the EU ‘retailer’ is the Government. Its CEO, David Cameron, was getting irritated by an affiliate for the rival ‘retailer’ (Brexit) – an affiliate called UKIP, led by its boss Nigel Farage.

David wanted to end the battle once and for all. It would be his last great act as CEO of the government and head of UK Group. His great legacy. No ego or arrogance involved whatsoever, of course. This was all being done out of the kindness of his heart for his customers.

Having given the matter serious thought, David decided the best way to bring Brexit down would be to let his customers decide. Every single one of them. He would give them each a single entry into a competition which would be called the EU Referendum.

Now, when the EU retail group heard of this plan they were not best pleased. Its bosses thought the UK, one of its biggest customers was (despite a few grumbles) happy with the product.

David reassured them. I don’t know what words he used, precisely, but it was probably something like this. “Hey, guys, don’t worry. I just need to get rid of a bunch of customers who don’t want to buy into your product. They’re affecting my affiliate income and rewards. I’ve got a clear majority of customers on my side so this competition will only end with one result.

The EU retail group seemed satisfied and continued running their business. Business wasn’t actually that great but, as ever, they were “very optimistic” about the future. They left David to it.

As Dr Pepper might say: “What is the worst that could happen?”

Lesson 4: If your market has a reputation for charlatans, liars and cheats be ESPECIALLY careful when you see adverts or receive marketing messages. (And take care in ANY market).

Lesson 5: Where you have a financial stake in something, don’t leave all the responsibility for it to someone else. You have a responsibility to check the plan, progress and push for answers, too.

And here lie some of the BIGGEST lessons from the whole episode.

Remember, these observations are as if this campaign were a marketing effort for business.

NEITHER side deserved ANY sales!

Now, we all know there are liars and cheats in business. But they’re usually found out and end up where they belong.

The Brexit campaign did at least understand the market better than the Remain camp.

That’s not what most of the country seemed to be worried about. People voiced concerns about EU’s product, EU’s terms and conditions with the product, and how that was affecting their home, income and work.

The Brexit bullies seized on this groundswell of unrest and shouted loud about their solution.

Lesson 6: It doesn’t matter how good your product is – if nobody knows about it (or enough about it) they cannot buy it.

Lesson 7: The wrong message to the right market usually leads to failed communications and lost sales.

Lesson 8: Addressing the pain and providing a clear solution is a strong marketing tactic (the caveat in this case being that your solution should be CREDIBLE and not based on lies).

The result of the competition was 52% for Leave, 48% for Remain.

It was described by the politicians as a clear result, a clear message from the UK entrants. That’s not how some people would view it. Some might call that a very close result. Hardly an overwhelming majority.

Since then, there has been a lack of leadership. A lack of credibility. A lack of substance.

The Brexit people, so loud in the campaign, fell almost silent. David’s lot started thinking about who they’d like to be new CEO of the country. Another customer group, Labour, thought they should do the same.

Decisions and statements based on fear and uncertainty.

The EU failed to get its message across.

David and Remain failed to get their message across to the people who mattered.

Boris, Michael and Nigel got the result they wanted. But now they’re seen as liars and cheats, lacking credibility (and in at least one case, humanity).

Outcome? Almost none of the customer groups are happy.

The EU is ready to ‘punish’ the UK for wanting to leave. Remain camp cries foul, it’s unfair, re-run the contest or put the thing on hold for a while. Brexit camp is divided. Some very happy. Others with buyers’ remorse.

In short, a shambles.

Lesson 9: The side which understand the market mood best won. The side which got itself noticed with a simple (and some would argue deceitful and spiteful) set of messages won.

Lesson 10: The campaign with the stronger marketing won.

Yet marketing was not a winner. Too many customers seeking a refund for that.

And, of course, retail is not the same as politics. Lessons from it can still be taken.