Does Your Hook Lack Punch? 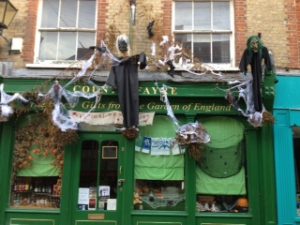 You experience it when you watch the opening of a movie.

You experience it when you read the first lines or page of a book.

You experience it when you see the opening scenes of a play or listen to the start of a radio drama.

You know a story is about to be told.

And the best ones get you wondering “What’s going to happen?”

That’s the question resonating beneath any powerful hook – that thing which grabs the attention of viewer, listener or reader alike.

The hook is used in marketing too – in headlines on web pages, in the openings to sales letters and emails, for example.

Usually you’ll be presented with a ‘lead’ – a short, punchy sentence that slaps the reader in the face… with a fact, an idea, a shocking statistic or provocative statement. Something to ‘hook’ your attention so the writer can begin to reel you in to the story.

Get your hook right and you are half way to getting someone to read to the end.

Here are a few great examples of a powerful hook.

If you have the free Spotify music app, listen carefully to their ads to encourage you to sign up for a trial of Premium.

You will notice nice, gentle little hooks based on the ‘conversations’ in music-lovers minds PLUS they use sound as an ‘audio hook’ to highlight the annoying-for-some downsides of free.

And how about this for a curiosity-pleasing intro to an email, subject line “Number 10” (it’s not about what you think)…

“I was going to send you a video this morning, but now I’m not.

I blame Amazon. And I blame the people at number 10.

No, not Theresa May and her crowd of crooked cronies.

Aren’t you champing at the bit to discover what’s next?

I think it’s a wonderful example of a curiosity hook (and the story which follows it is neatly presented with a little twist).

Next, the New York Journal classic.

On a beautiful late spring afternoon, twenty-five years ago, two young men graduated from the same college. They were very much alike, these two young men. Both had been better than average students, both were personable and both – as young college graduates – were filled with ambitious dreams for the future.

Recently, these men returned to their college for their 25th reunion.”…

… Some people reading this opening may wonder what’s so special about it.

Well, this intro helped to create one of the most successful (possibly THE most successful) sales letters of all time. (I believe it’s by Martin Conroy… and estimated to have been worth more than a BILLION US dollars in revenue for the NYJ).

A good reason to get your story hat on.

And one of the masters of delicious story, grump and quirk is Drayton Bird (www.draytonbird.com).

Try this opening to an email with the subject heading “Hopeless Virgin’s Foolproof Sales Trick”….

“Their love affair was doomed from the first date.

My Young Bird [the name for his team members] took her to the cinema. And when a Subway ad appeared on the screen, he blurted “Oooooh, that’s a big sandwich”…

Those were the only words spoken the entire night.”

This is a wonderful hook.

It is entertaining, full of curiosity and told with simple words. No need for words like “amazing”, “brilliant” or the Trump-dumb “awesome”.

And, of course, Drayton’s email continues with a wonderful, and RELEVANT, story.

“Hook and keep ’em hooked” should be your motto.

By the way, the written hook can also be supported by a visual hook – in the formatting or design of the page.

Take this example I used on a recent campaign:

Notice how the words ‘funnel’ down the page, drawing the eye to the intro (which was about how it’s a shame when good products or services are let down by the copy).

If you’ve seen good examples of the hook, do let me know.

If you’d like some help getting your hook right for your marketing, you know where to find me.