Brian, Dave And Those Bloomin’ Meerkats 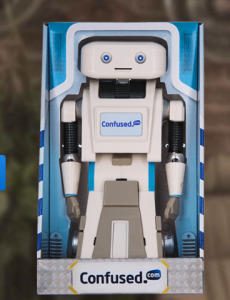 I’m pretty sure that if you visited any zoo in Britain these days one of the attractions would be the meerkats.

Broadcaster and naturalist Sir David Attenborough did a decent job of bringing these curious and strangely loveable creatures to national attention in his wonderful documentary series, Life Story.

But it was a series of adverts by an insurance comparison website which catapulted the meerkat to star, even celebrity, status.

The clever campaign played on the confusion between the similar sounding words market and meerkat. The first one had Alexandr Olov, an aristocratic Russian meerkat, bemoaning the fact they were getting enquiries for quotes.

The meerkats – Alexandr, Sergei, Yakov, Bogdan and Maiya – are now engrained in our culture. Don’t believe me? Go to any zoo with meerkats, go to the meerkat enclosure, wait and watch…

Within five minutes, I bet you will hear at least one visitor say “Simples” (a catchphrase from the advertising campaign). That’s brand recognition and brand awareness in action.

You can now get toy meerkats just for buying your insurance through the Compare The Market website.

A bit like you can now get your hands on a Brian the Robot toy. He’s the lead character in another highly successful TV advertising campaign. This one for Confused.com, a car and home insurance comparison website.

Brian is given character. The early ads demonstrated how we would go the extra mile to save you money on your car insurance (in one ad, he went dozens of extra miles to catch up with a family who drove off on holiday).

Having established the character, the marketers started introducing stories for the roving robot.

In one series of adverts, Brian ends up in a scrapyard and lies in pieces on a conveyor belt heading towards oblivion. Just as it looks like he is about to be terminated, a bunch of tiny robot friends arrive to save the day. Brian is re-built and made as good as new.

The next story shows Brian and his pals in a factory making Brian toys. From the dark and menacing tone of the previous ad we’re now in fun mode.

Brian and his friends, whenever production staff are not looking, dance to music. In the ad it’s to Apache’s “Jump On It”.

The initial ads established the synthesised voicing of the brand “Confused.com” and as Brian became associated with the brand in the public’s mind, this “signature” is not always used in later ads.

Whilst the two insurance comparison website companies have gone for cute and loveable characters to connect people with their respective brands, another player has opted for EPIC surprise with its campaigns.

You may have seen Alan who becomes an astronaut. You might have witnessed Phil cruising around Los Angeles in his invisible low-rider car. You may even remember Graeme, driving through a city on his elephant.

If not, then surely you have watched in stunned amazement at Dave. He’s the guy who parks his car and then struts his stuff down the high street – wearing a standard suit jacket, shirt and tie… plus denim hot pants and high heels!

This is a superb advertising campaign. Smart, surprising, clear on branding, clear on message and making good use of music, too.

The people in the ads have saved so much on their insurance that they feel EPIC and believe they can be or do anything they want in life.

The latest incarnation is Colin the builder. He’s saved on his insurance and celebrates by pole-dancing on a building site, watched by a large crowd of office workers in a nearby skyscraper and a couple of his construction colleagues.

It’s another cleverly put together ad for TV.

What do these three “comparison-site” brands have in common?

They know and understand their market.

They created a campaign both for the short-term and the long-term (some of the first ads are probably five or six years old).

They involve characters people can identify with and get emotionally connect with (whether meerkat, robot or human).

The adverts tell a story. The whole campaigns are like a best-selling book series or DVD box set.

The adverts are memorable.

The brand does not get lost in the message. It’s easy for people to associate “compare the meerkats” with “compare the market”, Brian with his synthesised sign-off “confused.com” and the EPIC characters with the slogan “You’re so MoneySupermarket”.

There is strong use of music, particularly with Brian and even more so with the EPIC characters. The MoneySupermarket ads include well-known songs by Berlin (the “Top Gun” hit ‘Take My Breath Away’), Snoop Dogg (‘What’s My Name’), Pussycat Dolls (‘Don’t Ya’) and Liberty X (‘Just A Little’).

There is an element of surprise. More so with the earlier ads of the Meerkats and Brian; consistently through the campaign with the EPIC characters. The advert with Dave strutting his stuff is a superb example of this. It leads you one way then hits you with the “twist” (he’s not wearing a suit as you first assume he is).

There is often an element of humour. Bits of the ads make you smile. Smiling tends to make you feel good, even if for a moment. We like people or things that make us feel good.

Whilst these are adverts made for television, the principles of their success can be applied to other forms of marketing as well.

Other large companies with ads on the telly would do well to learn from this trio. Because some of the adverts (like many of the programmes) are simply rubbish.