How to stand out from the crowd
A Postcard from Folkestone 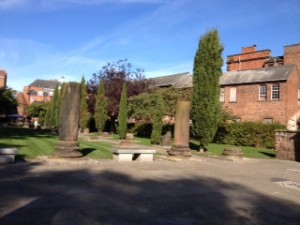 Take a look around you. What do you see?

No, what do you really see?

The kind of people who’d visit Chester city centre and walk past this pictured Roman garden tucked away behind the main shopping precinct.

Having driven 1,817 miles (or 2,925km) across the heart of Britain in recent weeks there has been plenty of time for observation and reflection. Based on my travels…

Here are some simple truths.

P.S. It didn’t require nearly 2,000 miles of driving around the country to know that many businesses are clueless about marketing. A quick look at your inbox and you know there are people who are wasting their time and energy with communications guaranteed to fail.

If you want to know the difference between bad, average, good and excellent, ask about my monthly copy reviews or put your marketing copy to the test with my critique service.