Start with the End Destination – the art of reverse engineering 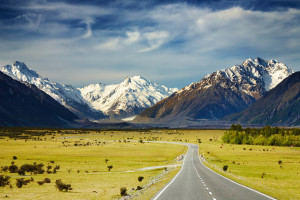 When I was planning a year-long trip around the world I did not start at the beginning. I started at the end.

My ultimate goal was to go hiking in New Zealand. So the timing of the whole adventure was based around that. The rest of the trip designed to arrive at the end destination during the southern hemisphere summer.

The rest of the tour was about reverse engineering from there.

New Zealand for January to March was locked in. Working backwards, I pencilled in three months to cover Australia, October to December. Before that, another three months to cover South East Asia. This would take in Thailand, Malaysia, Singapore, and the Indonesian islands of Sumatra, Java and Bali. With side trips to Hong Kong and Sabah thrown in.

That just left the first part of my world travels to sort.

I knew I also wanted to explore some of India but not land there direct from London. There had to be something in between.

Through research, I found the answer…

A travel company offering an overland adventure from London to Kathmandu in Nepal. Taking in parts of western Europe, Turkey, Syria, Jordan, Lebanon, Iran, Pakistan and India before reaching Nepal. This had the advantages of sharing an adventure with other like-minded travellers, having the first stage of my world trip organised for me and the opportunity to visit some countries I would not have considered tackling on my own. From Nepal I would fly to South East Asia and continue my travels independently.

All leading to a finale in New Zealand.

My end destination didn’t disappoint. In fact, it was surprising how little time other travellers were spending out there. Backpackers were happy to spend many months in Australia yet most people I met in New Zealand had only planned to spend a week or two weeks tops there. My excursion would last more than two months. Even that was not long enough to see and do everything on my wish list.

If you love the outdoors and an active lifestyle, you’ll love New Zealand. It’s a country of contrasts. Its two islands, North and South, are very different.

In the North, Auckland is a sailing city with many attractions, natural and man-made. I couldn’t resist a boat ride around the harbour or a trip across the water to the volcanic Rangitoto Island. Further up the mainland, a 4×4 drive through the shallow surf along the impressive 90 Mile Beach was terrific fun, only missing the Beach Boys greatest hits belting out of the stereo.

I don’t know about you but I’m fascinated by coastlines and the sea. At Cape Reinga there was the opportunity to watch two oceans collide. I could have sat on the headland all day just watching the waves crash against the rocks below.

New Zealand is well-known for its volcanic landscape. Any trip on North Island would seem incomplete without an excursion to Rotorua, home of entrancing thermal mud pools and geysers. Also a significant cultural centre for the indigenous Maori people.

I’m happy enough visiting the obvious tourist attractions but my trip to the southern hemisphere was geared towards walking and hiking.

In this respect, New Zealand offers some of the most outstanding opportunities anywhere in the world. Just thinking about it makes me want to book a flight and head back for more.

On the North Island I hiked (the locals say “tramped”) through forests, across volcanic landscapes as part of the Tongariro Crossing and up a large part of Mt Taranaki in the west. This was done as an adventure tour with Hiking New Zealand and have very happy memories of that 10-day trip. I believe the excellent tour leader, Malcolm, is still with this great company.

The hiking (or tramping) didn’t stop in the North. As soon as I hit the South Island after a wonderful ferry crossing from Wellington, it was boots and backpack on.

The Queen Charlotte Track was a wonderful walk through some beautiful scenery, through native bush and alongside gorgeous coastline. There was more fantastic shoreline and headland walking along the Abel Tasman Coast Track, one of the country’s official “Great Walks”.

Further down the South Island, I completed two more “Great Walks”, the magnificent Routeburn Track (with views of the Southern Alps) and the beautiful Kepler Track. The weather wasn’t the best but still fabulous trails and all the hiking was getting me super fit. Probably the fittest I’ve ever been.

Not content with that, I also booked on two guided glacier walks – one on Fox Glacier and the Franz Josef Glacier. This was great fun and also reminded me of the power (and potential danger) of the natural world. I’m not a mountaineer, so Mt Cook was out of the question but I did do a short valley walk which gave some distant views of the nation’s highest peak.

The image with this blog shows one of the roads leading to the Southern Alps. I remember a minibus taking me along this stretch even though on the day the view was less impressive than in this photo due to the rain and cloud.

All that walking wasn’t enough. The South Island is full of activities for the outdoor enthusiast. I was never going to do a bungee jump (watching other brave, or stupid, souls doing it was the closest I got to taking part) but I did push myself into other activities.

The famous Milford Track (one of the “Great Walks”, which lies in the Fjordland area) was booked solid that summer so that was really disappointing to miss out. To make up for it I booked a kayaking day on Milford Sound – sadly the weather was so stormy all our attempts to paddle against the fierce wind and rain ended in battling failure. We were forced to turn back as blackening skies and turbulent water marched menacingly towards us, a bit like something thunderous out of Lord of The Rings.

Undeterred, I booked a two-day kayaking trip along the more remote Doubtful Sound. This time the weather gods were on our side and the trip was one of the most beautiful and satisfying of my whole life.

Imagine a huge fjord with mountains either side, a wide expanse of water with the sun glistening on the surface. And just you and a handful of other paddlers easing your way along the route. Nobody else. And after a great day on the water, an overnight camp on the shoreline – meals cooked over a stove and a night under the rainforest. A tour that never once felt like a tour.

So, with land and water covered the only thing left to experience was the air. Cue the booking of a tandem skydive in Wanaka, New Zealand’s equivalent of the English Lake District.

It might sound strange but I’d wondered since I was a child what it would be like to fall out of an aeroplane. This was the perfect excuse to find out!

From 10 or 11 thousand feet, the world below looks very small. I had every confidence we would hit our target (the earth). Just wasn’t sure how hard we would hit it. There was something reassuring about putting my life in the hands of a stranger. If something went wrong it would be his fault, not mine.

A bit like a ride on the steepest and windiest roller coasters, a skydive is more scary in the anticipation than in the actual journey. Equipment checked and double-checked, the plane reached the required altitude. Door open. Swing my legs out of the door. Arms tucked in. Head up. Knees bent back (thus creating a “banana” shape for my body)…

“3-2-1 Banana” and then I ease forward and fall out of the plane. Thankfully, my instructor (the guy with the parachute for both of us) was still with me.

It’s a weird sensation. You are looking up at sky and then as your body rotates forward you start to see the ground way below. There is a sense of speed but the buffeting power of the air below you fools the senses. You’re travelling fast but it doesn’t feel that quick, a bit like when you’re driving on the motorway. To a bystander on the bridge your vehicle is whizzing by. To you, with all the other traffic travelling alongside at similar speed, it feels sedate.

It is exhilarating. Skydiving, not driving on the motorway, that is. I was in free fall for about 30 seconds and then the chute gets opened. The sensation is as if you’ve been yanked back up towards the plane that let you out. In reality it’s just your mind adjusting to the braking force of the chute, slowing your hurtling to the ground to a gentle pace.

It’s an extraordinary feeling, floating in the air, watching the landscape for miles and miles in every direction. I could see lakes, snow-capped mountains, roads, rivers and cars. Everything in slow motion. That is until the last couple of hundred feet before landing, when the ground appears to accelerate towards you again.

The landing was as gentle as a feather. Complete exhilaration. I just wanted to go up and do it all again.

Just some of the treasured memories from a year or more around the world. All possible because I planned everything with the END destination in mind.

And when I think of that it reminds me there’s a lesson here for business.

It’s that kind of approach which I bring to my marketing and copywriting for clients. Picture the outcome and then work backwards to see what’s needed to achieve that result.

A lot of businesses I know work the other way. They decide on what they want for their marketing and then see where it gets them. To me that’s backwards thinking. It’s probably also costing them money – in wasted advertising, vanity activity, senseless obsession with Social Media, lost leads, lost sales and lost profits.

You might as well go hiking in a remote mountain without a map and compass. Whether you know your precise route or are more relaxed about the path you take, you still need to know your end destination.

If you’ve not used reverse engineering give it a go. Not sure how to go about it – just ask for a little help.

If you’re uncertain about the road your marketing is on you can always use my consultancy services. And if you’ve already started putting together the copy but don’t know if it’s strong enough to get you to your end goal, there’s always my critique service.