Down Under – The Same But Different 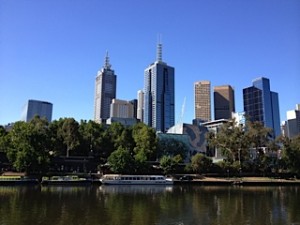 Down Under is a familiar alternative to saying Australia.

It’s the same but different.

A bit like my summing up of the country. When comparing it to the UK.

Down Under, in many ways, is very similar…

Some people are kind.

Some people are rude.

Some drivers are good.

Some drivers are bad.

Pigeons flock anywhere there’s a hint of food or scraps from humans.

Both nations are coffee lovers.

Pastries and sweet things taste good, whatever side of the planet you are on.

People shopping in the centre usually don’t watch where they are going or what they are doing.

Very little on television is really worth watching.

Rivers and green space bring life and a special feel to any city.

The language is the same yet different.

The UK and Australia both drive on the left hand side of the road.

Cities have similar elements (shops, buildings, roads, etc) yet have their own character.

There are differences, too, between the two countries.

Some of the observations are simple.

The countries sit in different hemispheres on the planet, one north and one south.

The weather is different. It tends to be warmer and drier in Australia. The summer temperatures can get very hot Down Under. Hot enough to make bush fires a genuine danger to people and property.

They do get rain down under. Even in the summer. Storms can be as strong as those in the UK, perhaps even more fierce at times. Flooding happens in parts of Sydney during torrential downpours.

Australians tend to be more direct than the British. A spade is definitely a spade.

Cafes down under are largely small, independently run businesses. In the UK it’s more usual to see lots of chain names.

A flat white (coffee) down under tastes better than one in the UK.

Driving in the UK is probably a better standard than those down under.

Australia appears to have smoother roads and fewer potholes.

The speed limits in UK are more appealing than the more restrictive ones down under.

Perhaps surprisingly, parks, coastal paths and walk routes in the UK seem more natural and wild than those in Australia. Not so many safety railings, metal steps or designed walkways.

These observations may not seem very deep or analytical.

They are observations of Down Under nevertheless.

Observations only possible because I keep my eyes and ears open.

I watch the world go by.

It’s not something ordinary copywriters do.

I’ve always been an observer of life.

It’s a way to learn about people.

It’s a way to learn about places.

It’s a way to learn about culture and society.

It’s a way to gain a better understanding of the world.

It’s a way to develop your marketing and writing muscles.

Sometimes it is the tiniest thing. The simplest observation. The extra bit of detail. The answer to one extra question…

… That makes the difference.

Ask your copywriter how much they travel. How many books they read. How often they write. How frequently they invest in study.

The bigger and higher the numbers, the more likely they are to be nearer the top of the field.

They will be curious.

They will always be on the lookout for new experiences.

They will be constantly feeding and refreshing their mind.

Copywriters who look at the picture in this post and write about Melbourne’s skyscrapers or the river are the ones to avoid.

If there’s one who tells you 47 minutes walk from where this photo was taken there is a cafe which serves the most elegant and delicious breakfast.

If there’s one who tells you how a family enjoyed a thin-crust pizza by the riverside and reminisced together while watching the sun fading from the horizon.

If there’s a copywriter who recounts the story of three tourists who cross the river and struggle to find a taxi, leaving them with a French Connection-style dash through the city to reach the airport and their flight on time.

Copywriters are not all the same. Some. A few. Are different.